Yes, by pressing alt+shift+k on my Macbook Pro, I can write the Apple © logo. This is surely the only company in the world whose logo is a unicode character. According to the Guardian, Apple’s brand is now the world’s most valuable on Earth. While I am highly sceptical of such rankings, Apple recently became the second most valuable company in the world, and has a larger pile of cash than the US Treasury, and its brand plays a huge role in driving sales.

So why hate on success? Well, I don’t. I use Apple products every day.

My first Apple purchase was this: 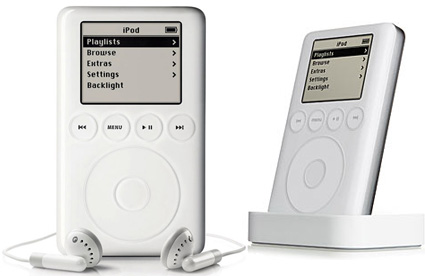 A 2003 15GB iPod: beautiful, minimalist and functional. Nothing Apple has produced or designed since has quite lived up to the sheer, stark beauty of the 2003 iPod. Prior to that, I remember using Apple products and feeling baffled and wrong-footed. There was no way to right-click, I thought. The circular iMac mouse felt clunky and unintuitive. The interface felt strange, unfamiliar and cloudy. All of these thoughts melted away when I got a 2006 CoreDuo 15″ Macbook Pro with Logic Express: 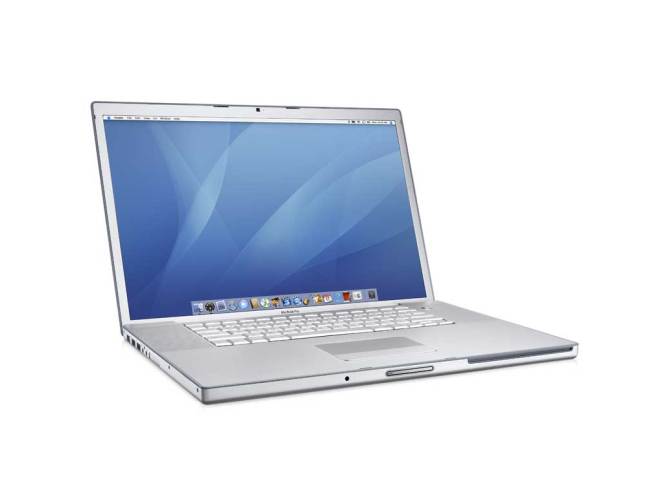 I still have it; the Logic board burnt out after four years, and it no longer turns on. But it was the thing that has since left me a Mac-only user. I am locked in: my music software of choice is Mac-only, and I am deeply familiar with the interface. Mac and Windows do not really compete with each other: they are both monopolies catering to separate audiences with a small overlap. If I want to use Logic Pro, or GarageBand, or FaceTime, or Mac OS X, then I have to use Apple’s hardware. Switching over would require me to ditch my work-flow, purchase an expensive batch of new programs, and spend years learning them in depth, and simply the premium I have to pay for Mac hardware is not enough to make me consider that. But the thing that really makes me uncomfortable about Apple is its cultlike following, and the way in which Apple cultivates this. The cult wail:

“But Apple just works! It never crashes or gets viruses!”

Well, that’s a steaming pile of horseshit. Yesterday my iPad crashed twice, and I’ve had innumerable software faults, kernel panics and hardware failures. Apple is a computer company like any other; they use the same basic hardware, the same processors, the same memory manufactured in the Far East by the same near-slave-labour-camps at Foxconn. Being part of the evangelical cult of Apple is bad for your philosophy, bad for your individuality, and bad for your bank balance. The manner in which Apple controls the user experience smacks of techno-fascism. True, I am not being prevented from typing this screed into my Macbook Pro (although Apple its customers movements through their iPhones). But what if I want to use Adobe’s Flash on my iPad? No, says Apple. What if I write an App that Apple finds objectionable? No, says Apple. What if I want to upgrade to OSX Lion via DVD, as I have done for Leopard and Snow Leopard? No, says Apple. What if I want to record a video of a concert on my iPhone? Apple has software that can prevent that. There are many more examples. But the highly addictive OS X and iOS user experience keeps customers rolling in, and coming back for more. John Naughton° wrote last year:

In Stephen Fry’s words: “No YouTube film, no promotional video, no keynote address can even hint at the extraordinary feeling you get from actually using and interacting with one of these magical objects.”

Which is where I begin to think of Aldous Huxley and Soma, the hallucinogenic, hangover-free drug in Brave New World that makes users contented with their (subjugated) lot.

Apple has a more sinister side still in the way it treats its (non-unionized) Apple Store employees‡:

Workers at Apple’s tech support ‘Genius Bars’ are not allowed to use the word ‘unfortunately’ to customers as it is considered to have negative connotations.

Instead they are encouraged to use phrases like “as it turns out.”

One former employee interviewed by the WSJ says that he was forbidden from correcting customers when they mispronounced the names of Apple products.

The notion of well-oiled blue-shirted brigades of lanyard-wielding corporate minions dancing, speaking and thinking in line to the beck and call of Steve Jobs goes beyond running an efficient operation. It’s obsessive-compulsive, and downright creepy. In my view, the sooner a competitor arises that delivers minimalist, solid and sleek computers at a similar price and without all this peculiar control-freakery, without the backdoor surveillance, and without the cultlike undertones, the better. I will jump ship as soon as I possibly can. But right now? Apple has no real competitors.

26 thoughts on “Why I Love and Hate Apple”