The chips are down for America; credit rating downgraded, industrial production down, employment lagging. So I suppose that means that political leaders, business leaders, religious leaders and the people of America in general will be simply bursting with ideas to reverse America’s fiscal woes, to boost employment, and to boost productivity? In the Republican corner, 2012 Presidential hopeful Rick Santorum is firing off some big ideas: 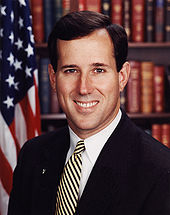 Yes, that’s right, while the American economy tanks, “serious thinkers” — and democratically elected officials — like Rick Santorum want to come into your bedroom and tell you what you can and cannot do. Frankly, the idea of having Rick Santorum in my bedroom makes me cringe. But the larger point is that America has become absorbed by ridiculous and facile culture wars. Who cares what consenting adults do in each others’ bedrooms? Who cares if two people of the same gender find a church that wants to marry them? That’s a private issue between consenting adults and their chosen religion (if any). Surely the questions that matter are: “Is our economy moving forward? Are more people fed, sheltered and employed than this time last year? Have we created more wealth than we did last year?”

Edward Gibbon, in his timeless 1776 exposition of the Decline and Fall of the Roman Empire suggested five conditions that signalled the decline of empire:

It seems pathologically obvious that when a fool like Rick Santorum — obsessed with interfering with others’ sexual preferences — can be considered as a serious Presidential candidate, that we are in deep, deep trouble.

AUSTIN – Thousands of worshipers converged on Houston’s Reliant Stadium on Saturday for Gov. Rick Perry’s day of prayer and fasting, filling the cavernous sports venue with an uplifting revival-like atmosphere and calls for miraculous intervention from God to help heal the nation’s critical problems.

Great! Who needs a cohesive, sound plan when you can have a day of prayer and fasting?

One thought on “How Did We Get Into This Mess?”