Is the Euro shaping towards a long, slow death in 2011? From Megan Greene at the Guardian:

The euro is dying a slow death. Political leaders are unlikely to take the steps necessary to address the underlying factors creating the current euro crisis, and the eurozone will eventually break up as a result.

To highlight the severity of the euro crisis, one only needs to glance at credit default swap (CDS) spreads for the peripheral euro area countries. CDS is a form of insurance against default or restructuring. The higher the CDS spread, the more likely investors think a sovereign default is.

In the first week of June, five-year CDS spreads for Greece were a whopping 1495 basis points, for Portugal 708, for Ireland 650 and for Spain 255. This compares with only around 200 for Iceland, a country that underwent a private default only two and a half years ago.

And what does Greene foresee as “the necessary steps”?

Fiscal union, which involves harmonising aspects of fiscal policy across the euro area, would be a bold move and essentially result in a treasury department for the entire eurozone.

It would create a built-in shock absorber for divergences between eurozone countries. This could take the form of creating a small budget for fiscal transfers from wealthier to poorer nations, issuing a eurobond or creating a European finance ministry.

One of the only visionary leaders in the EU, European Central Bank (ECB) chairman Jean-Claude Trichet, suggested in a speech on 2 June the creation of a common European finance ministry, which could intervene in ailing member state economic policies if necessary. 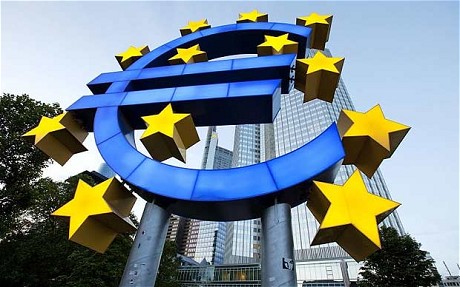 But there is a problem with fiscal union, a very big problem — as shown by Frau Merkel’s recent condemnation of the concept of Eurobonds, the first step to fiscal union. And that is the question “Why should Germany’s well-managed economy and fiscal restraint incur upon it bailouts totalling 133% of its GDP?” From the Telegraph:

German President Christian Wulff has accused the European Central Bank of violating its treaty mandate with the mass purchase of southern European bonds.

In a cannon shot across Europe’s bows, he warned that Germany is reaching bailout exhaustion and cannot allow its own democracy to be undermined by EU mayhem.

“I regard the huge buy-up of bonds of individual states by the ECB as legally and politically questionable. Article 123 of the Treaty on the EU’s workings prohibits the ECB from directly purchasing debt instruments, in order to safeguard the central bank’s independence,” he said.

“This prohibition only makes sense if those responsible do not get around it by making substantial purchases on the secondary market,” he said, speaking at a forum of half the world’s Nobel economists on Lake Constance to review the errors of the profession over recent years.

Mr Wulff said the ECB had gone “way beyond the bounds of their mandate” by purchasing €110bn (£96.6bn) of bonds, echoing widespread concerns in Germany that ECB intervention in the Italian and Spanish bond markets this month mark a dangerous escalation.

Put simply, the only solution to this crisis that can possibly preserve the Euro in its current form is fiscal union, so that both fiscal and monetary policy are centralised. This would harmonise policy, and give it the coherence that it presently lacks. But not only is this untenable to spending junkies like Greece, Spain and Italy —  who want to retain the tattered shreds of their sovereignty and dignity — it is untenable to Germany because it is punishes them for their good behaviour, and shoehorns them into picking up the can for the misdeeds of others. German lawmakers will vote on the bailouts on the 23rd of September. While it remains unlikely that they will vote against them — mainly because a vote against would throw the German legislature, and the European political landscape into chaos — criticism of Merkel from influential Germans like former Chancellor Helmut Kohl, and widespread German outrage, is cranking up the heat on Merkel. More worrying still is the 7th of September ruling from the German constitutional court on the constitutionality of the bailouts — and there is no guarantee that this will be in Merkel’s favour.

Europe needs to return to its original purpose — an open market for people and goods, not a full-blown federal union. Co-operation, not integration. Dignity, not destruction.

Does anyone remember what happened the last time Germany were forced into pledging vast amounts of cash (or “reparations”) to other European nations? No? 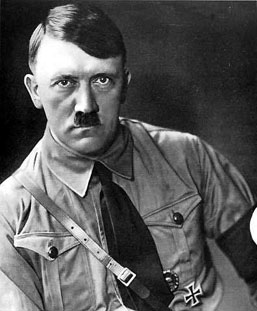