What is the real problem with the global economy? The traditional academic position, espoused by Paul Krugman, Christina Romer and most the White House and Federal Reserve is that this ever since 2007 we have experienced a series of severe negative demand shocks — starting with the bursting of the housing bubble, the sub-prime bubble, the implosion of AIG, Lehman Brothers, and Bear Stearns, and continuing through the European debt crisis, various natural disasters and geopolitical upheavals — which first brought us into crisis, and have since imperilled any nascent recovery. The staunchest view – pushed especially by Krugman — is that the only way to reverse the effects of these demand shocks is through massive stimulus, to create a multiplier effect and raise aggregate demand. 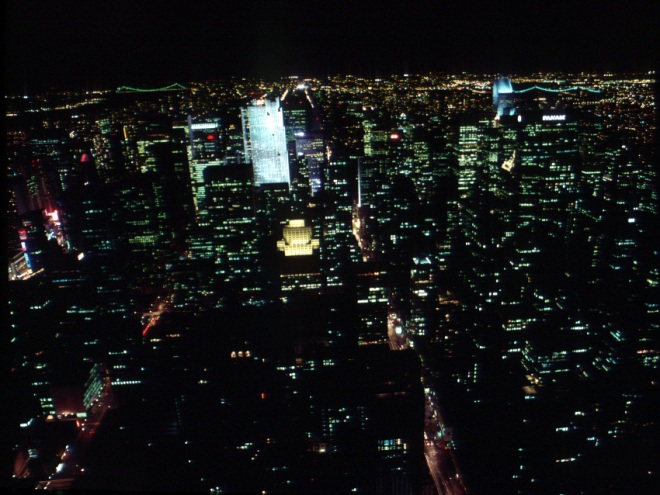 But I believe that simply juicing the wheels of the economy with more money is simplistic, frivolous and mechanistic. We have to understand that the negative demand shocks are not simply bad luck or statistical noise, but instead reflect the reality of severe underlying structural problems. And without solving the underlying problems, a stimulus will keep things ticking over for months or years, until the same problems rear their head again down the road.

So the dissenting view, as posited by myself among others, is as follows:

Those troubles are non-monetary — they are systemic and infrastructural: military overspending, political corruption, public indebtedness, withering infrastructure, oil dependence, deindustrialisation, the withered remains of multiple bubbles, bailout culture, the derivatives-industrial complex, food and fuel inflation and so forth.

Of course, there are multiple routes to tackling the underlying structural challenges. Pimco’s Tony Crescenzi focuses on the dangers of excessive debt:

Politicians and the beneficiaries of their fiscal illusions for the past 80 years abused the Keynesian philosophy, relentlessly and dangerously pursuing the use of debt for self-aggrandizement. Today, the citizens of indebted nations bear a heavy burden and must begin repaying the debts. It is a herculean task, because the debts are mountainous.

At the other end of the spectrum, UBS’ chief economist George Magnus, taking a cue from Marx, focuses on raising employment levels and middle class wealth so that they can afford to consume more:

Consider, for example, Marx’s prediction of how the inherent conflict between capital and labor would manifest itself. As he wrote in “Das Kapital,” companies’ pursuit of profits and productivity would naturally lead them to need fewer and fewer workers, creating an “industrial reserve army” of the poor and unemployed: “Accumulation of wealth at one pole is, therefore, at the same time accumulation of misery.”

The process he describes is visible throughout the developed world, particularly in the U.S. Companies’ efforts to cut costs and avoid hiring have boosted U.S. corporate profits as a share of total economic output to the highest level in more than six decades, while the unemployment rate stands at 9.1 percent and real wages are stagnant.

U.S. income inequality, meanwhile, is by some measures close to its highest level since the 1920s. Before 2008, the income disparity was obscured by factors such as easy credit, which allowed poor households to enjoy a more affluent lifestyle. Now the problem is coming home to roost.

Both of these points — despite coming from entirely different angles — are valid. There are a lot of problems, many of which stack up and make each other worse. But in my opinion there is one issue that is more troublesome than any other, and for which a remedy is desperately needed.

With an ever-expanding global population, requiring more food, more resources, more production and more infrastructure it is very difficult for existing systems and structures to handle the growth. Here’s the global population:

This runaway growth means that there is ever-more competition for food, land and resources, pushing prices up and inventories down. Higher prices mean less expendable income for the poor and middle classes — lowering sales of non-necessities (another downward pressure on growth) — and more debt acquisition as nations, corporations and people scramble for resources. And with withering and depleted infrastructure being constantly tested by growing populations, the mood of doom can make individuals, governments and global markets extremely edgy. American and global consumer and producer sentiment are heading to all-time lows. If we want to look where the negative shocks are coming from, we should first look to global population growth.

But people have the right to reproduce, and in reality larger population is broadly a good thing, because it means there will be more productive workers, more entrepreneurs, more inventors, geniuses and creatives.

The main challenge is the simple task of getting enough food, energy and space for however many people are alive. Now we know that the solar energy hitting the earth exceeds the total energy consumed by humanity by a factor of over 20,000 times. More solar energy hits the world in a day, than we use in fifty years, at current rates, so energy itself is not a problem. The problem — and where the real challenge is — is converting this energy to meet the needs of the vast numbers of new people. But there are thousands of technologies, systems and strategies that we can deploy in meeting the challenge — starting with widespread solar and wind generation, and moving on to 3-D printing, carbon-scrubbing trees, synthetic oil, urban farming, improved grazing technologies, carbon nanotube desalination, electric and hydrogen transportation and so forth. This is really a matter of will: if we choose to rise to these challenges — in terms of spending, in terms of development and in terms of infrastructure — they can be met.

Creating a better food, energy and resource infrastructure is not really an ideological issue — unless your ideology is resource wars, famine, oil shocks and the destruction of our global civilisation. These strategies can be put into action by the market and investors for profit, or through government intervention, or both. The issue is not “which is better? Government or private industry?” The issue is meeting the challenges of the 21st Century by whatever means necessary.

16 thoughts on “The Great Hunger”