In the last month I have — with great relish — detailed what I perceive to be the developing geopolitical collapse. On the 15th of August I wrote: 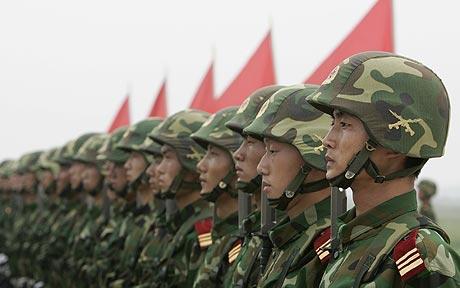 Will we ever get to see hyperinflation in America? It depends on China’s response to America’s slouch. If — as mainstream economists hope — China can be patient enough to allow America to resolve its debt problems, eradicate its trade deficit, and manufacture more at home then hyperinflation is very unlikely. America may stumble through a lost decade, before new technologies, and new business models finally pull America out of the slump. American policy makers might even have the foresight to let failed business models fail and liquidate failed businesses, allowing for new growth to take root, and avoiding Japanese zombification.

If China, on the other hand, decides that it is sick of being America’s foot stool, then America has a massive problem. Entering into a trade war with a nation that holds so much of America’s debt, and produces so much of the goods that sit on American shelves is an extremely risky proposition. A drastic fall in goods circulating in America — as the result of Chinese export tariffs, yuan flotation, or an outright export ban — could be a hyperinflation trigger. Excess reserves accumulated during QE would quickly be lent out as more and more people desperately chase fewer and fewer goods.

What I have only hinted at is the endgame that the central planners in the Communist Party — and holders of Treasuries around the globe — are seeking. Explicitly, I believe that the current world order suits China very much — their manufacturing exporters (and resource importers) get the stability of the mega-importing Americans spending mega-dollars on a military budget that maintains global stability. Global instability means everyone pays more for imports, due to heightened insurance costs and other overheads. They recognise that while America falters and struggles under the weight of its military burden, its lack of growth, and its deep debt concerns, their military strength can grow at a much faster pace thanks to Chinese domestic growth, and a high domestic savings rate. They are happy that their dollar pile — China has over $3 trillion in foreign exchange reserves — can still buy plenty — and they want its value to remain as stable as possible. But above all they want to gradually diversify out of those dollars. From TIME: 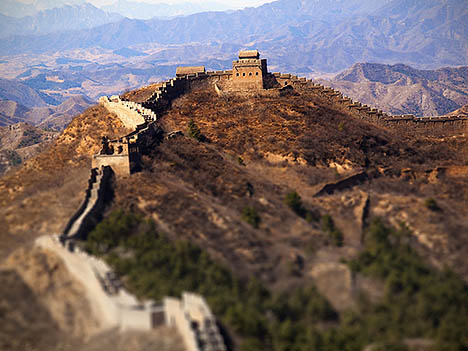 Sitting on all of these dollars is putting China in an uncomfortable position. As the dollar weakens in value, their dollar holdings do as well. (The Chinese yuan is at its strongest point against the dollar since Beijing lifted a peg in 2005, while the yen is near its record high against the greenback.) Meanwhile, Chinese and Japanese investors get a tiny return on their holdings of Treasuries (since interest rates are so low), even though the outlook for U.S. debt is uncertain following a Standard & Poor’s downgrade of America’s credit rating. Yet China and Japan are, to a degree, forced to hold dollar assets anyway. It is difficult to switch all of those dollars into other currencies without undermining their value even further. (Nor is it clear which currencies would make sense to buy instead. Euros? With a debt crisis raging in Europe?) So China and Japan are stuck watching their dollars evaporate in value, unable to do very much about it.

But there is another option. One way to potentially protect the value of these mountains of dollars is to use them to buy real assets, like property or shares in companies in the United States. At the very least, such acquisitions could make their dollar holdings less vulnerable to the volatile gyrations of financial markets. And there is possible upside. Purchasing real assets like homes could allow Chinese and Japanese investors to benefit from a recovery of the U.S. housing market and overall economy (whenever than happens). Chinese and Japanese firms could capitalize on acquisitions to expand their market presence or acquire new technology or brands. Chinese banking giant ICBC did just that when purchasing control of a retail banking operation in the U.S. earlier this year.

The beautiful thing about this eventuality is that a peaceful world order can be maintained, and the two superpowers would share a greater common interest in peace and a shared future. The biggest fallacy in international politics today is that China is somehow “dependent” on America. It is not: it is the greatest industrial behemoth in history, with a great deal of natural resources, a huge population, huge food production infrastructure, and relatively friendly relations with regional energy titans like Iran and Russia, as well as a strategic partnership with Venezuela, the nation with the greatest national oil reserves. If America stopped buying Chinese goods there are plenty of other markets: Europe, South America, Russia, India, and China herself. Or — more to the point — China could very easily convert her industrial capacity to the manufacture of weapons. No — the real dependency is America, increasingly dependent on foreign oil, and foreign oil infrastructure.

And whatever happens, China will diversify: economic recession(s), high debt, massive unemployment, and the potential for social unrest  leave the dollar as an increasingly perilous currency. What is absolutely in America’s interest today, and tomorrow is Chinese investment in infrastructure, business and commerce in the United States. A trade war — starting with a yuan flotation and progressing up to exports tariffs and quotas — would become increasingly pointless if significant amounts of Chinese money were invested American business. It would give both nations an interest in a non-zero sum future.

Will both nations come to this conclusion? China has little reason not to — with the current shape of the world, she is getting stronger and stronger. But what about America? Can America accept that the era of hegemony is over? Can she accept that in the future her “free lunch” of Arab oil and Chinese productivity will come to an end, and that she will have to manufacture more, and produce much, much more of her own energy? That is the real question — and nobody knows the answer.