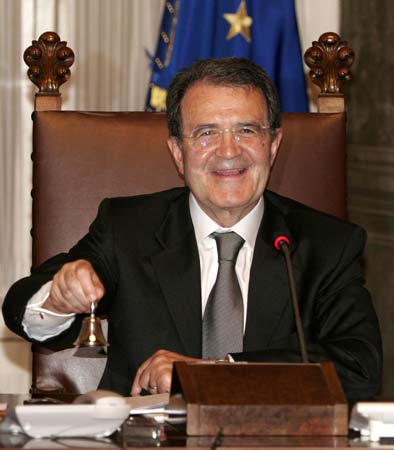 So the intent for Europe was always that a future crisis would bring about the justification for a resolution to European financial disharmony — namely, that while countries in the Euro control their own budgets, they don’t control their own currency. This mismatch means that with countries pulling in different directions, the European Central Bank is posed with an unmanageable task — create one policy to fit a group of very different economies. At the time of the Euro’s creation, Europe adopted a cross-that-bridge-when-we-come-to-it approach: a crisis would produce the circumstances required to justify unifying fiscal policy, a policy that at the time of the Euro’s introduction seemed unnecessary (and now is deeply unpopular).

But what if disharmony — both in terms of the forces producing the crisis, and disagreement over how to handle the problems — has created such a huge turmoil that instead of crossing the bridge, Europe falls into the water beneath?

September is a cruel month in international monetary history, when regimes that once seemed inviolate have shattered. In 1931 it was the month when Britain went off the gold standard. In September 1992 the same country was booted out of the European Exchange Rate Mechanism. This month will not see the end of the euro, but could go a long way to deciding its fate.

With the concept of Eurobonds becoming increasingly unpopular, the richer nations getting cold feet over the endless bailouts, and the poorer ones having no face for austerity, is it possible that the European system is just too fractured to mend? The Economist thinks not:

Barry Eichengreen, a monetary historian at the University of California, Berkeley, says that the economic costs of disintegration would be catastrophic for Europe and beyond. In the case of Greece, he fears the result would be a 1930s-style Depression brought about in particular by the collapse of the financial system. If Germany were to leave, its export-based manufacturing economy would take a body blow as the new currency soared. Other costs are incalculable because much would depend on responses that cannot readily be modelled: a Greek exit, say, could spark bank runs in other peripheral countries.

Not everyone accepts these dire warnings. Daniel Gros of CEPS, a think-tank in Belgium, thinks that the impact on other vulnerable countries of a Greek exit could be contained as long as European leaders made clear that they would be protected. Charles Calomiris of Columbia Business School argues that Greece could ultimately benefit by leaving because it would bring about both the harsh default needed to restore debt sustainability and the big devaluation needed to restore the country’s competitiveness. As for Germany, it has a knack of coping with a high exchange rate.

So far, Europe has bungled through the crisis playing it by ear and crossing bridges as it reaches them, all with the implication that the end-goal (i.e., the thing that would solve the problems) is fiscal union. But the reality is that this muddle may well have driven Europe — and the global economy — off a cliff, because the “policy instruments”, i.e. fiscal integration, are politically untenable. Global fear is up.

Look at the following graph from the St. Louis Fed. It is the amount of deposits at the US Fed from foreign official and international accounts, at rates that are next to nothing. It is higher now than in 2008. What do they know that you don’t?

I predict that Europe will continue to muddle through, instead of taking firm and concerted action. That’s because the federal European government is an incoherent muddle — and the centralised policies and systems it has adopted require coherence. And I predict that this continued muddle will make the crash — whether it happens this week, in three months, in three years, or later — much, much worse.

18 thoughts on “Big Change For Europe?”