Just how dependent is America on Chinese labour, manufacturing and supply chains? Decide for yourself.

According to Engineering News Record, five of the world’s top 10 contractors, in terms of revenue, are now Chinese. One of them, China State Construction Engineering Group, has overtaken established American giants like Bechtel.

The Chinese contractor has already built seven schools in the US, apartment blocks in Washington DC and New York and is in the middle of building a 4,000-room casino in Atlantic City. In New York, it has won contracts to renovate the subway system, build a new metro platform near Yankee stadium, and refurbish the Alexander Hamilton Bridge over the Harlem river.

But why are we hiring contractors from China to build American infrastructure, when we have a perfectly good workforce here in the states? The answer is profit, and it’s the reason why Republican politicians and many corporations do not support infrastructure projects that would put millions of Americans to work. Because the Chinese contracting firms are government owned, they are able to bid for contracts at very low prices. In other words, the labor is cheap. American companies don’t want to hire Americans to do the work when they can call up Communist China to come do the work instead.

And what does that say about the state of America today?

The Dutch have a saying: Goed Koop is Duur Koop, Cheap is Expensive

I am old enough to remember the pride my parents took in telling me of the completion in the middle of the Great Depression of the Golden Gate Bridge, then the world’s longest suspension bridge. In that trying time, the bridge, almost entirely made in America, was a symbol of hope because it demonstrated that Americans could still do great things when properly led and organized.

Now, in these trying times as Federal Reserve Chairman Ben Bernanke tells us the economic recovery from the Great Recession is stumbling for reasons he doesn’t understand, it seems that we take pride in what China can do for us. Thus California Department of Transportation program manager Tony Anziano told the Times “they’ve (the Chinese) produced a pretty impressive bridge for us.”

There is, of course, a solution to the problem of Chinese labour undercutting American business: drastically slash military spending. As I wrote last month: 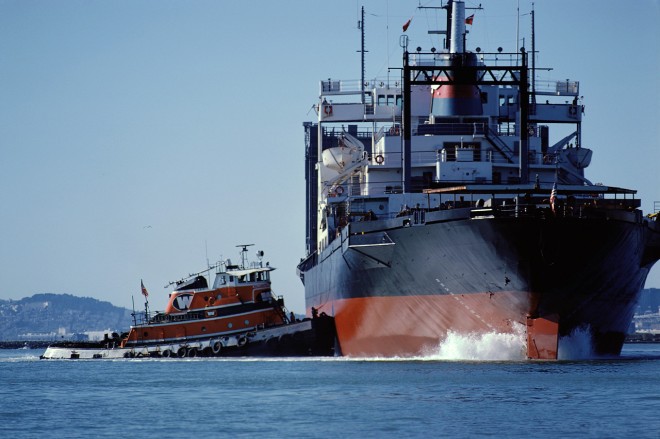 If America scaled back its global military commitments — and other nations and institutions only picked up some of the slack — the high seas might become more vulnerable to piracy, the actions of rogue states and global seafaring infrastructure might deteriorate. Certainly, this kind of scaling down would have to be done slowly and carefully. It would mean higher insurance costs for vessels, and higher priced imports. Fortunately this is exactly what would be needed to make American manufacturing more competitive, and to spur America to develop localisable alternative energy such as wind, solar, hydrogen and synthetic diesel to replace oil dependency. Imported oil and imported consumer goods are in an artificial bubble — a bubble supported by a global shipping network subsidised by the American taxpayer — which effectively makes American industry less competitive.

12 thoughts on “American Infrastructure Is Being Built By The Chinese”