Just as I predicted Germany is getting restless at the idea of bailing out the bulk of Europe.

Andreas Vosskuhle, head of the German constitutional court, said politicians do not have the legal authority to sign away the birthright of the German people without their explicit consent.”The sovereignty of the German state is inviolate and anchored in perpetuity by basic law. It may not be abandoned by the legislature (even with its powers to amend the constitution),” he said.”There is little leeway left for giving up core powers to the EU. If one wants to go beyond this limit – which might be politically legitimate and desirable – then Germany must give itself a new constitution. A referendum would be necessary. This cannot be done without the people,” he told newspaper Frankfurter Allgemeine.

Turns out that listening to Germans in the German government, and on the German street might have more bearing on reality than listening to globe-trotting, world-saving, hopium-pedling, six-pac-abs, tax-evading Timothy Geithner. For example, German finance minister Wolfgang Schauble. He might be in a position to comment (or a better one than Geithner, in any case).

*SCHAEUBLE SAYS `WILL NOT SPEND OUR WAY’ OUT OF CRISIS

*SCHAEUBLE SAYS `IMMEDIATE FISCAL REFORMS ARE OF THE ESSENCE’

China and the U.S. finally found something to agree on: Europe is doomed and might take the world’s two biggest economies down with it.

Neither officials in Beijing nor Washington are actually using the “D word.” They don’t need to, not with Zhou Xiaochuan, China’s central bank governor, talking matter-of- factly about emerging nations bailing out the euro region and U.S. Treasury Secretary Timothy Geithner warning of “cascading default, bank runs and catastrophic risk” there.

The price tag for keeping the Greek-led turmoil from killing the euro is rising fast. Asians are so anxious about it that they’re querying Americans — like me. In my travels around the region this month, I’ve faced a harrowing question: Would U.S. President Barack Obama chip in for a giant European bailout?

It’s hard to decide what’s more disturbing: the obvious answer — over Republicans’ dead bodies — or the fact it’s being asked at all, and by whom. Among those posing it were the finance minister of one Asia’s biggest economies, the central bank governor of another and a number of major executives.

After all, the closest thing to concerted action on Europe so far has come from Bernanke.

It’s the same absurd predicament — Americans pay for global stability, everyone else benefits. 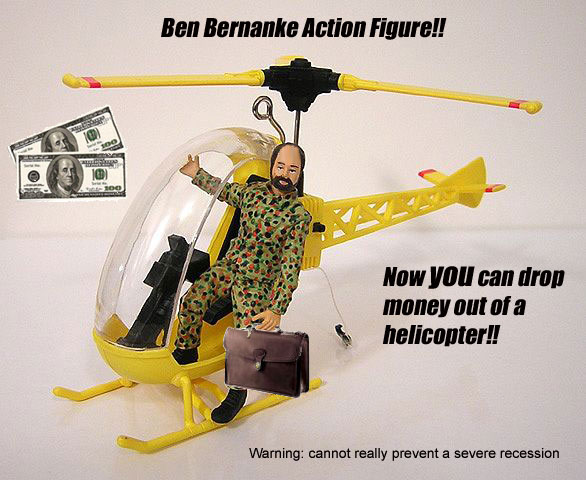