Kevin O’Rourke contributes an intriguing article on the shape of the new fiscal union emerging in Europe:

The most obvious point about the recent summit is that the “fiscal stability union” that it proposed is nothing of the sort. Rather than creating an inter-regional insurance mechanism involving counter-cyclical transfers, the version on offer would constitutionalize pro-cyclical adjustment in recession-hit countries, with no countervailing measures to boost demand elsewhere in the eurozone. Describing this as a “fiscal union,” as some have done, constitutes a near-Orwellian abuse of language.

Many will argue that such arrangements are needed to save the eurozone, but what is needed to save the eurozone in the immediate future is a European Central Bank that acts like a proper monetary authority. True, Germany is insisting on a “fiscal stability union” as a condition of allowing the ECB to do even the minimum needed to keep the euro afloat; but this is a political argument, not an economic one. Economically, the proposal would make an already terrible institutional design worse.

This is essentially a variation on the idea that while pro-cyclical measures might have solved the problems from being created (a la Keynes’ idea that austerity should be undertaken during booms, not busts), it won’t do anything to fix the problem now that the horse is out of the stable.

Of course, while I cannot see why anyone buys the pro-austerity view, the pro-printing view is merely a means of kicking the can down to the end of the pier. Boosting demand, creating inflation, and re-expanding bubbles does not really address any of the underlying structural problems, most significantly systemic fragility, and high residual debt. At very best O’Rourke’s “solution” buys more time to address those problems. As we have seen (and as I keep pointing out) policy makers and markets believe that bouncing back in a fluster of newly printed money is recovery, and then continue to ignore the problems, which means broken systems just continue to be broken, and old problems jump back out of the swamp to rear their ugly heads.

This brings me to the most intriguing aspect of O’Rourke’s view:

A eurozone collapse in the immediate future would be widely perceived as a catastrophe, which should at least serve as a source of hope for the future. But if it collapses after several years of perverse macroeconomic policies required by countries’ treaty obligations, the end, when it comes, will be regarded not as a calamity, but as a liberation.

When viewed from my perspective — that boosting demand is essentially just another perverse macro policy that will kick the can for a few more years — this really shines a light. The choice for European countries is a painful unwinding now, or years of crushing teutonic austerity (or Japanese-style zombification) unwinding in something far, far worse: riots, revolutions, international breakdown, perhaps even war. 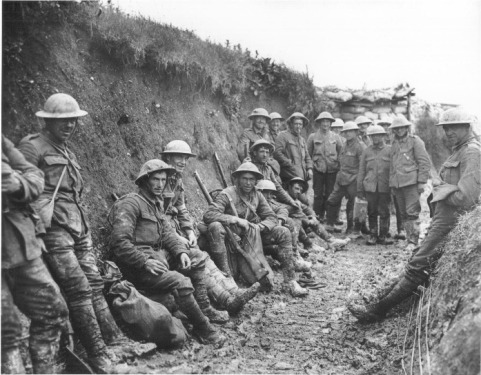 10 thoughts on “Catastrophe or Liberation?”