While American hawks will have been unsurprised that long-time antagonists Russia and China have ditched the dollar for bilateral trade, this year’s post-Christmas bombshell will shock many who believe that America’s ongoing reign as petrodollar superpower is assured.

Japan and China will promote direct trading of the yen and yuan without using dollars and will encourage the development of a market for companies involved in the exchanges, the Japanese government said.

Japan will also apply to buy Chinese bonds next year, allowing the investment of renminbi that leaves China during the transactions, the Japanese government said in a statement after a meeting between Prime Minister Yoshihiko Noda and Chinese Premier Wen Jiabao in Beijing yesterday. Encouraging direct yen- yuan settlement should reduce currency risks and trading costs, the Japanese and Chinese governments said.

This is a Japan that remains under the yoke of American imperial occupation. That simple logistical fact means that this cannot have been an easy decision.

Of course — having run the gauntlet of twenty years of Keynesian (or, more accurately, Bernankean) failure — it is probable that Japan is growing sick of Anglo-American demand-side economics. Having unsuccessfully taken Bernanke’s Rooseveltian Resolve treatment for so long — and now watching America doing the exact same thing to herself — the temptation of closer relations with young, vigorous China will be strong for the Japanese.

And so China moves one step closer to her monetary endgame — dethroning the debased petrodollar as the global reserve currency, and replacing it with the yuan.

What will America — grossly indebted to her enemies, dependent on foreign oil and goods, and bogged down in her role as world policeman — do about it? 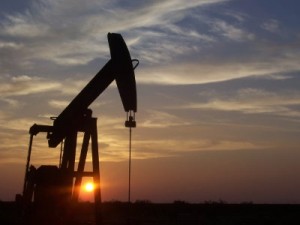 The Sun sets over the Petrodollar Empire