Life on Earth is a beautiful, strange and quixotic thing.

We exist as a constant cycle of matter and energy: carbon, nitrogen, hydrogen, oxygen, and so on mixed and stirred by the power of the sun, the fire in volcanoes and plate tectonics, the currents of the ocean.

It is thought that Earth has 8.7 million species — of which exist trillions and trillions of individual creatures. There might be 7 billion people, but there are more bacteria in the soil of a garden. And we were all once these things — bacteria, algae, birds, fish, beasts. Our bodies are vessels made from what we eat, and eventually returned into the Earth when we die.

We have been living lives like this for billions of years, ever since the formation of our planet. The elements in our bodies were once cooked up in the hearts of stars, and then were blasted in supernovae across the universe. We were lucky; we washed up on the shores of Earth, a planet that has sustained life. Not all organic matter on Earth is alive; much of it is locked up in hydrocarbon stores beneath the Earth — dead, unthinking, unfeeling. Yet what about matter on Mars or in an asteroid? It sits; dull and dead, waiting for an opportunity, waiting for a spark.

Recent estimates suggest our galaxy might contain a billion planets. Who knows how many incubate life? Given the multitude of beautiful and strange lifeforms on our planet, the lifeforms of other worlds would likely take a wild variety of forms. Many forms of life on Earth appear alien to us humans: 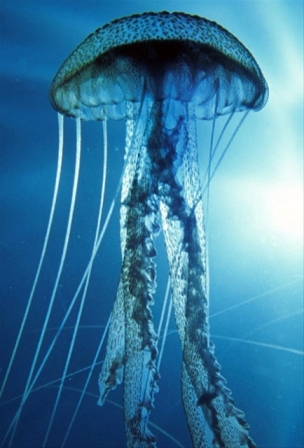 We Earthlings know what life is. We know a good deal of how it works. We know that it feels good. And hopefully one day we will travel out into the universe, and bring the universe to life.

I started writing about economics because I didn’t want us to screw it up. I wanted us — as a modern and technological civilisation — to be as robust to the pressures of our environment as any other creature on the planet.

I don’t know if humans will be the species to leave this planet and travel out into the galaxy. But watching the incessant cycle of life, death and rebirth that nature and our Sun ensure makes me certain that even if our human sphere of technology, communication, ideas, commerce and industry were to go up in a puff of smoke tomorrow, life would continue some way, somehow.

In this little era, at the start of the 21st Century we are in a mixed place. While — for the first time in known history — we have a web of communication spanning the globe, while we have global languages, medical imaging, longer lifespans, international travel, towering skyscrapers, huge energy grids, and huge commercial markets, we are also highly fragile. As an interconnected and mobile species we are fragile to pandemics and illnesses. As a globalised species, dependent on energy and resources from many sources around the globe, we are fragile to wars, terrorism, energy crises, and black swans like Fukushima. As a highly efficient species that has created huge wealth in the past 100 years, we are fragile to unemployment. Worst of all, as a highly clever species we are fragile to our own hubris, and our own delusions that we know it all.

So if we screw up it all up, it doesn’t really matter. Earth is bigger, bolder and stronger than we are. Earth will take the remnants of our civilisation and transform them via the process of decay into something new. New creatures and ecosystems will emerge. The matter in our bodies will all be reused; as frogs, as fish, as trees, as birds, as bacteria, and as whatever might evolve next. We will live those lives, never knowing we were once humans. Humanity is but a fragile speck of golden dust hanging upon the crest of a wave. We are bigger than humanity.

34 thoughts on “Life on Earth”