One of gold’s greatest powers is that it is a unit of account which cannot be fudged nearly as easily as the fiat all-you-can-print buffet.

Feel like your dollar is buying less, even though the financial press claims that the dollar is strong?

In gold-indexed terms it is buying less — but so are the other fiat currencies: 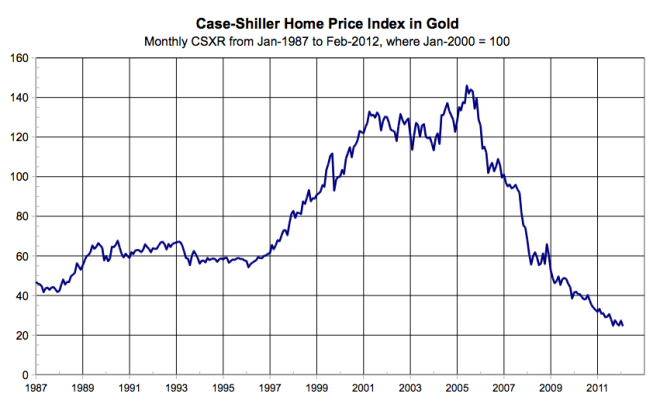 Priced in gold, you do:

Feel like U.S. treasuries are really falling in value, even though the popular press keep telling investors that treasuries are priced at all-time highs? 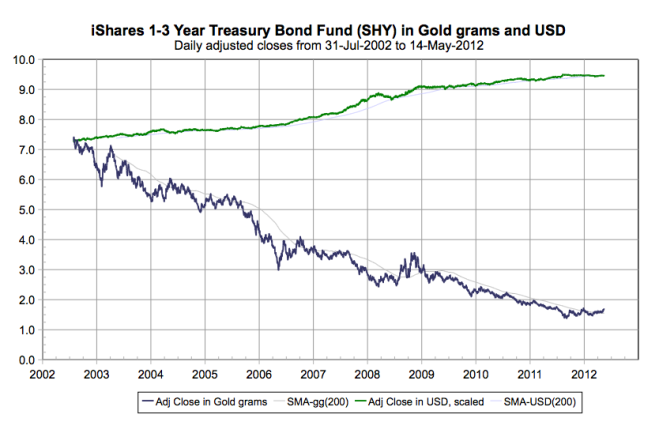 These facts may just be statistical artefacts. They may say more about demand for gold than they do about the rest of the economy. On the other hand, maybe they tell a significant story that the dollar-denominated figures do not.

John Maynard Keynes, Charlie Munger and Warren Buffett all said or implied that gold was a barbarous relic. But what’s the barbarous relic? The precious metal that shows prices without a veneer of manipulation, or the paper currency that smudges the true state of supply and demand through money printing, thus misleading markets and society? Charlie Munger says gold is not for civilised people, but in reality gold may be the most civilised currency of all — because it allows civilised people to purchase insurance against the risk of civilisation failing.

A central bank can claim to have demonetised gold. It can claim gold is a barbarous relic (even while keeping thousands of tonnes on its books), or just an “instrument to hedge tail risk” (although Jamie Dimon surely disagrees — J.P. Morgan prefers to “hedge tail risk” by making huge speculatory prop bets on credit derivatives).

But gold is still gold. It’s still that same shining yellow metal that investors have for thousands of years held up as a unit of account and store of value, and a medium of exchange, even if it is no longer used very much for the latter.

53 thoughts on “Gold Tells the Truth?”