If you were successful, somebody along the line gave you some help. There was a great teacher somewhere in your life. Somebody helped to create this unbelievable American system that we have that allowed you to thrive. Somebody invested in roads and bridges. If you’ve got a business–you didn’t build that. Somebody else made that happen. The internet didn’t get invented on its own. Government research created the internet so that all the companies could make money off the internet.

Much of the blogosphere has defended Obama’s statement, along one of two lines:

Both of these arguments are nonsensical.

Economic and business growth is a complex and multi-dimensional thing, driven by the complex relationship between both supply and demand. To claim that those who put the legwork into building a business — whether that is the owners, or workers — “didn’t build” the business is totally false and absurd.

And even if Obama was talking about infrastructure and the wider economic system (which I suspect was the case) it is taxpayers who fund infrastructure creation, and the overwhelming majority of businesses and business owners (other than the bailed-out financial institutions and similar) contribute heavily to tax revenue.

Whichever way we look at it tax-paying business owners past and present — particularly small businesses, who create far more jobs than their larger corporate counter-parts — built not only their businesses, but also contributed to and funded the wider economic system and the institutions of the state.

Obama and his speechwriters ought to look more carefully at the country they desire to be elected to lead. Obama’s comments are hostile to the moral and intellectual foundations on which America has been built — the celebrated ideals of individualism and the self-made man.

As the former slave and abolitionist Frederick Douglass noted: 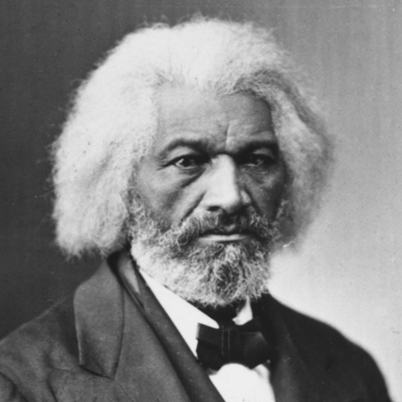 Self-made men are the men who, under peculiar difficulties and without the ordinary helps of favouring circumstances, have attained knowledge, usefulness, power and position and have learned from themselves the best uses to which life can be put in this world, and in the exercises of these uses to build up worthy character. In fact they are the men who are not brought up but who are obliged to come up, not only without the voluntary assistance or friendly co-operation of society, but often in open and derisive defiance of all the efforts of society and the tendency of circumstances to repress, retard and keep them down.

I wish we had a Republican Presidential candidate who acted in the spirit of Douglass.

Although Romney will outwardly claim to subscribe to Douglass’ values, his record suggests otherwise. The 2012 Presidential election is between two architects of socialised healthcare, two defenders of government bailouts, two advocates of pre-emptive warfare and indefinite detention without trial.

America, I think, still has a free spirit — although less than she once did. Yet Americans have been browbeaten by two political parties who are largely hostile to the old American ideals of individual liberty, individual responsibility, nonconformism and the frontier spirit.

Yet I am an individualist. If we as individuals are willing to accept the erosion of our liberty, we have only ourselves to blame.