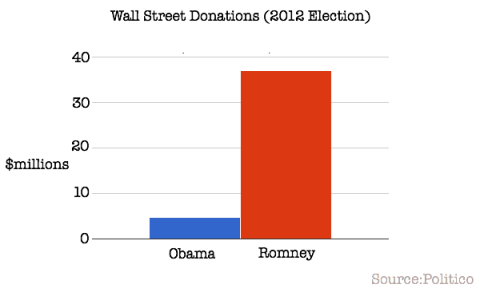 But this is chickenshit money — it doesn’t even add up to Lloyd Blankfein’s 2007 bonus.

Let’s see where the real money is going. 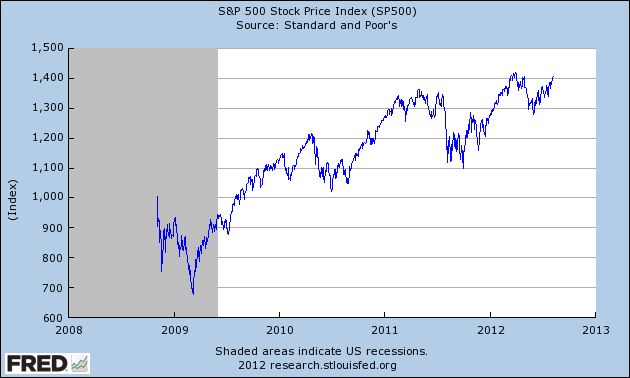 The S&P is still well up during Obama’s presidency.

So does Wall Street really want a Romney Presidency? Or could Wall Street not care less, because they know that both sides will gladly do their bidding? After all it’s not like Obama has tried to jail corrupt bankers — Corzine, who after raiding segregated accounts is surely up there with the most corrupt guys on Wall Street, has been bundling for Obama as recently as April.

Ignore the chickenshit donations. If markets fall significantly between now and November — 1300, 1200, 1100, 1000 — the powers that be on Wall Street want a Romney presidency. After all, it’s not only possible but extremely easy to deliberately crash the market when you have at your disposal algorithmic trading programs that can buy the spike and sell the dip 40 times a second (that’s 2400 times a minutes, 144,000 times an hour). No market crash? They’re happy to stick with Obama.

21 thoughts on “How Badly Does Wall Street Want a Romney Presidency?”