Priorities are a bitch.

The United States won’t prosecute Corzine for raiding segregated customer accounts, but will happily convene a Grand Jury in preparation for prosecuting Julian Assange for exposing the truth about war crimes. 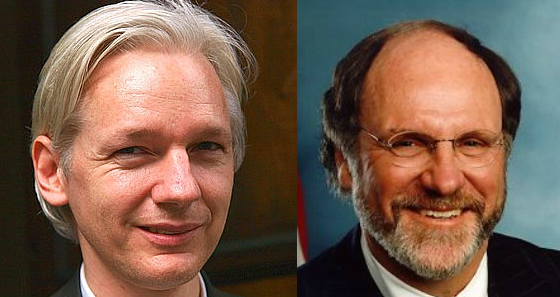 From the New York Times:

A criminal investigation into the collapse of the brokerage firm MF Global and the disappearance of about $1 billion in customer money is now heading into its final stage without charges expected against any top executives. After 10 months of stitching together evidence on the firm’s demise, criminal investigators are concluding that chaos and porous risk controls at the firm, rather than fraud, allowed the money to disappear, according to people involved in the case.

Corzine is considering opening a new hedge fund, though the notion that anyone — even a slack-jawed muppet happy to buy whatever Goldman ‘s prop traders want to sell — would seed Corzine money so he can trade or steal it away seems absurd — rather like putting a child molester in charge of a day-care.

But nobody knows how much dirt Corzine has on other Wall Street crooks. Not only may Corzine get away with corzining MF Global’s clients’ funds, he may well end up with a whole raft of seed money to play with from those former colleagues and associates who might prefer he remain silent regarding other indiscretions he may be aware of.

But the issue at hand is the sense that we have entered a phase of exponential criminality and corruption. A slavering crook like Corzine who stole $200 million of clients’ funds can walk free. Meanwhile, a man who exposed evidence of serious war crimes is for that act so keenly wanted by US authorities that Britain has threatened to throw hundreds of years of diplomatic protocol and treaties into the trash and raid the embassy of another sovereign state to deliver him to a power that seems intent not only to criminalise him, but perhaps even to summarily execute him. The Obama administration, of course, has made a habit of summary extrajudicial executions of those that it suspects of terrorism, and the detention and prosecution of whistleblowers. And the ooze of large-scale financial corruption, rate-rigging, theft and fraud goes on unpunished.

48 thoughts on “Assange or Corzine?”