Iranian officials are once again firing off belligerent rhetoric. 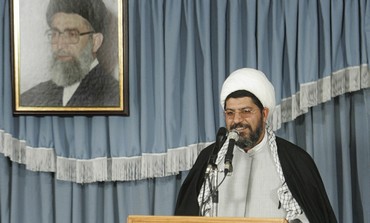 In his first public interview in a year, reported in the Persian-language Jahan News, which is close to the regime, Shirazi said if Israel attacked Iran, the Islamic Republic would be able to turn the conflict into a war of attrition that would lead to Israel’s destruction.

“If such a war does happen, it would not be a long war, and it would benefit the entire Islamic umma the global community of Muslims. We have expertise in fighting wars of attrition and Israel cannot fight a war of attrition,” Shirazi said, referring to Iran’s eight-year war of attrition against Iraq.

Such claims are — more or less — inconsequential rubbish. The fact remains that Israel has nuclear weapons and a nuclear second strike, and Iran has no such thing, and the fact remains that the Iranian leadership knows this and are extremely unlikely to start a war where Iran (as Shimon Peres put it) will be the one wiped off the face of the Earth by Israeli plutonium. Yet the facts of military science will do little to stop the hawks of the West sounding off that Iran is irrational and that Iran is cooking up a plan to destroy Israel, and so must face regime change.

To grasp what is really occurring here we must look at how authoritarian Middle Eastern regimes (or, indeed, authoritarian regimes in general)  function. Authoritarian regimes  must maintain a cloak of authority. Tyrants do not attempt to look or sound weak; they try to project an aura of invincibility and indefatigability. We saw this during the last Gulf War, where Iraq’s information minister Muhammad Saeed al-Sahhaf — nicknamed Baghdad Bob in the American media — shot off hundreds of absurd statements during the war about how Iraqi troops were crushing the Americans, quite in contrast to the facts on the ground and right up until American tanks were rolling through the streets of Baghdad.

Baghdad Bob was not deluded. He was merely playing his role, and trying to project an aura of regime invincibility — providing propaganda for domestic consumption to keep the Iraqi population loyal to Saddam Hussein. It was a dog and pony show.

Iran’s belligerent rhetoric in this case is also strictly for domestic consumption — fierce rhetoric to keep the Iranian population fearful of the regime. Just like Baghdad Bob, the Iranian propaganda is far-removed from the real facts of the conflict. Whether the Iranian people really believe the regime’s propaganda — especially as the Iranian economy continues to worsen under sanctions — is dubious.

Yet one group of people — the Western neoconservatives, who are looking for another war — are more than happy to buy into the dog and pony “destroy Israel” bullshit.

As Robert Gates noted this week:

Painting a picture of internal political dysfunction in a dangerous world, former Defense Secretary Robert Gates warned Wednesday night that a U.S. or Israeli attack on Iran would have disastrous consequences.

Neither the United States nor Israel is capable of wiping out Iran’s nuclear capability, he said, and “such an attack would make a nuclear-armed Iran inevitable. They would just bury the program deeper and make it more covert.”

Iran could respond by disrupting world oil traffic and launching a wave of terrorism across the region, Gates said.

“The results of an American or Israeli military strike on Iran could, in my view, prove catastrophic, haunting us for generations in that part of the world.”

And as I wrote last month:

A regional war in the Middle East could result, potentially sucking in the United States and Eurasian powers like China, Pakistan and Russia. China and Pakistan have both hinted that they could defend Iran if Iran were attacked — and for good reason, as Iran supplies significant quantities of energy.

Frustratingly, the Iranian regime keep giving the neoconservatives more rope with which to hang themselves — and the West — on a cross of imperial overstretch, debt and blowback.