It took ten years, but finally Theresa May, the British Home Secretary, has denied the United States’ extradition request for Gary McKinnon, the British hacker who broke into the Pentagon and NASA.

This was an absurd case from the start, and it is awful that McKinnon, who essentially did nothing wrong other than exploit incompetence — the systems he entered had blank passwords  — had to live for ten years with the shadow of spending sixty or seventy years in a Federal Supermax.

McKinnon was searching for evidence of exotic energy and flying-saucer technology, and believes he found evidence of the latter, describing seeing images of a cigar-shaped craft:

Recently declassified documents corroborate that the United States Air Force was working on supersonic flying-saucer-type craft in the 1950s: 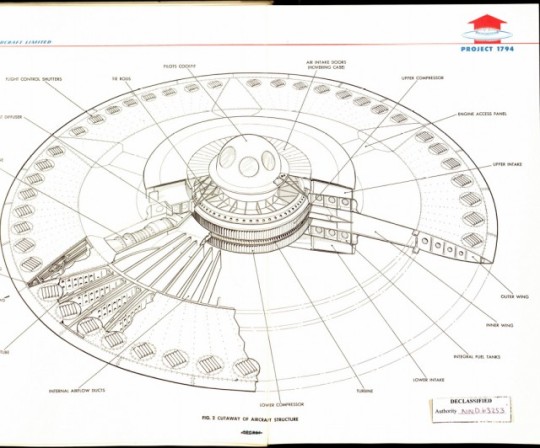 Whatever the truth behind McKinnon’s claims, it is encouraging that Britain has finally stood up for its sovereignty and refused the United States’ extradition request. Britain is — at least in theory — an independent country, and not merely a corner of the America empire and there is absolutely no reason beyond dogged loyalty that the British government should be cowed into complying with American demands. America’s neoconservative policy elite have already dragged Britain into multiple stupid and awful invasions and occupations of the middle east, costing billions of pounds and thousands of lives, jeopardising Britain’s national security, and making Britain into a prime target for international terrorism. Rejecting this extradition request is a good first step toward restoring British integrity.

16 thoughts on “Standing Up to Extradition”