Plenty of talk has gone into the rising income inequality that America has experienced since the early 1970s. But income is merely a wealth flow, and the truer measure of equality is the distribution of net worth and financial wealth (the wealth stock).

The historical change is clear: the bottom 80% have gotten considerably poorer both in financial wealth and in terms of total net worth: 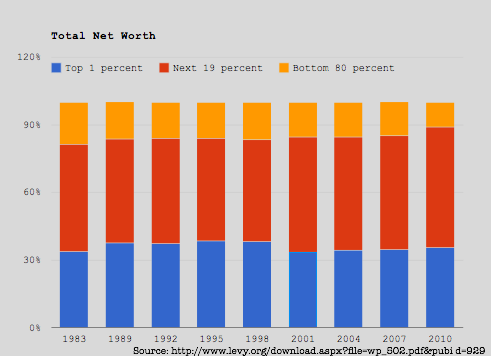 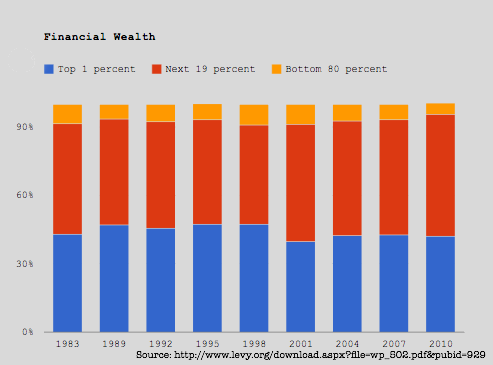 This widening gap between the rich and everyone else is not a case of people being rewarded for their talents. Some income and wealth disparity is an inevitable effect of the market process. But the reality of today is more of a case of oligarchs harnessing the power of government bailouts, monetary policy, corporate subsidies, pork, quantitative easing, barriers to entry, favourable regulation, SuperPACs, Citizens United, lobbyists, market-rigging (etc, etc, etc) to get whatever they want.

21 thoughts on “Wealth Inequality in America”