Not the wider public. 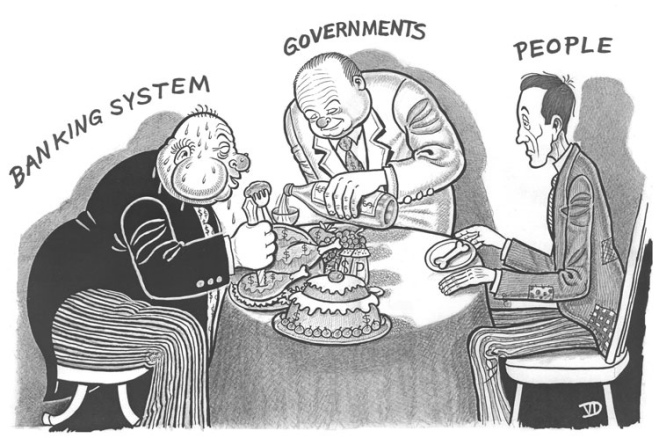 Our financial system is broken. Our political system is broken. Oligarchs and their cronies reap easy rewards — bailouts, crony capitalism, corporate handouts, liquidity injections, favourable “regulation” (that puts oligarchs’ competition out of a business) — while taxpayers pay the bill.

But no such thing lasts forever.

Thanksgiving is very much the day of the black swan. Nassim Taleb used the example of a turkey fattened up for Thanksgiving as an example of a black swan phenomenon. The turkey sees itself being fed every day by the turkey farmer and assumes based on past behaviour that this will continued indefinitely until the day comes when the farmer kills the turkey. Nothing in the turkey’s limited experiential dataset suggested such an event.

But Thanksgiving also commemorates the end of pre-Columbian America, a huge earth-shattering black swan for the people of the Americas. The day before the first European immigrants landed in North America, very little in the Native Americans’ dataset suggested what was to come.

In a globalised and hyper-connected world, drastic systemic change can occur faster than ever before.

All it takes is the first spark.

14 thoughts on “Who Should Be Giving Thanks This Thanksgiving?”