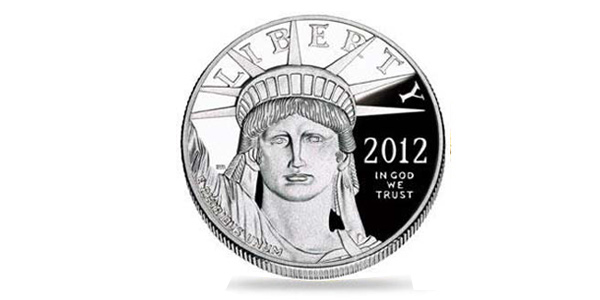 Is this how the debt ceiling issue will be resolved?

Last year, Republicans in Congress resisted lifting the debt ceiling until the last minute — and then only in exchange for spending cuts. Panic ensued. So what happens if there’s another showdown this year?

Enter the platinum coins. Thanks to an odd loophole in current law, the U.S. Treasury is technically allowed to mint as many coins made of platinum as it wants and can assign them whatever value it pleases.

Under this scenario, the U.S. Mint would produce (say) a pair of trillion-dollar platinum coins. The president orders the coins to be deposited at the Federal Reserve. The Fed then moves this money into Treasury’s accounts. And just like that, Treasury suddenly has an extra $2 trillion to pay off its obligations for the next two years — without needing to issue new debt. The ceiling is no longer an issue.

It seems to be entirely in accordance with the letter (if not the spirit) of the law. So while it is more likely that Boehner and Obama (the Boner-Droner connection) will work something out (as they did on the “fiscal cliff”, and in 2011 on the debt ceiling), the Platinum Coin Option is the ace up Obama’s sleeve if negotiations break down.

I don’t think it would have any real immediate effects different to just raising the debt ceiling through an Act of Congress. It is just opening a loophole to continue doing what America has been doing for the last four years (and Japan for the last twenty) — aggressively offsetting the private debt deleveraging with public debt.

The American government is a strange, multi-headed creature. One of its (partially private) heads — the Federal Reserve — retains the exclusive right (delegated from the Treasury by an Act of Congress) to create money. The rest of the American government pretends to be revenue-constrained, and subject to a debt ceiling.

The key component of any fiat system is trust. What the Platinum Coin Option would demonstrate is a lack of coherency and a state of fiscal disarray, which could easily in the longer term lead to a loss of trust, and further moves — beyond those already initiated by the BRIC nations — away from the dollar as a reserve currency.

51 thoughts on “The Platinum Coin”