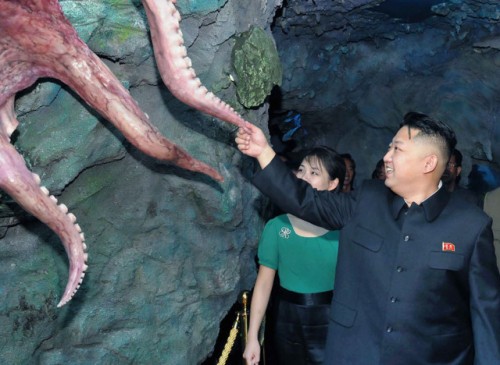 It pains me to say this, but I think that today for the first time since the breakup of the Soviet Union in 1991 (a great year for music, as well as geopolitics) we have a greater than 10% chance of a nuclear war this year. 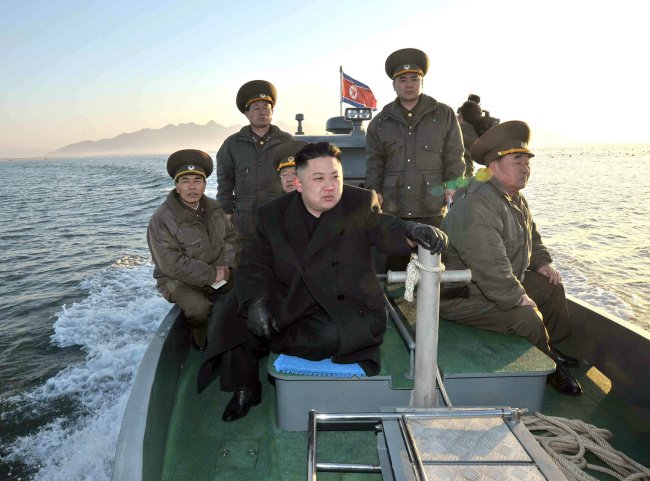 Why? Well an unpredictable leader of a poor and desperate nation has ripped up the fragile armistice that ended the Korean War, and  is literally threatening pre-emptive nuclear war in language more often seen in cliched B-movies:

If we push the button missiles will turn Washington, the stronghold of American imperialists, and the nest of evil, into a sea of fire.

Is it possible that Kim Jong-Un has some cards up his sleeve, or are his threats just the ravings of a madman? For example, most American estimates of North Korean nuclear capability focus on the limited range of their intercontinental ballistic missiles. But what about the possibility that they could have already placed nuclear devices in the United States as an insurance policy against future events? After all, if it is possible that drug cartels can successfully ship billions of dollars of drugs through the porous US-Mexican border, is it not possible that other contraband could have been shipped through including North Korean bombs? (One problem with this theory, however, may be that North Korea may have great difficulty maintaining an external intelligence network, as North Koreans tend to defect at any opportunity they get)

And could North Korea have armed Iran as an insurance policy? After all, recent reports suggest that Iranian officials have apparently been present for recent North Korean nuclear tests. While Iran’s own nuclear program is a totally unsuited to the manufacture of nuclear weapons, and while there is no evidence that Iran is pursuing nuclear weapons, it stands to reason how both nations might be prepared to share resources as an insurance policy against common enemies.

However, it seems extremely unlikely that any North Korean insurance policy could prevent its destruction if it chose to attack the United States, Korea, or Japan, especially with nuclear weapons. Yes, it may be possible for them to cause damage especially on the Korean peninsula, and perhaps even on the North American continent, but this will probably be limited by the United States’ overwhelming force. And even if Kim Jong-Un is totally irrational and prepared to die in a storm of hellfire, it seems unlikely that the North Korean military structure will just let that happen. While I am no expert on the inner workings of the North Korean military, for reasons of rational self-preservation, it seems more likely that Kim Jong-Un would be removed by military coup — or perhaps even by China — before a unilateral pre-emptive nuclear strike on South Korea, Japan or the United States was carried out.

Nonetheless, the United States may wish to change direction. It is clear that sanctions have failed both in preventing North Korea acquiring nuclear weapons, and in easing the suffering of the starving and impoverished North Korean people. Given the huge potential costs of a nuclear skirmish in East Asia (specifically, potential loss of economic activity in Korea, Japan and China — three of the largest economies in the world) perhaps the United States and South Korea should consider carrots instead of sticks — offering large-scale business investment, technology, amnesty and support in exchange for North Korea giving up its nuclear arsenal and moving away from belligerence.