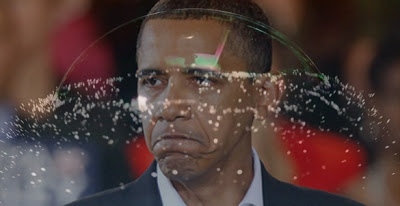 Barack Obama is focusing his economic rhetoric on the dangers of bubbles:

President Barack Obama, who took office amid the collapse of the last financial bubble, wants to make sure his economic recovery doesn’t generate the next one.

Obama this month spoke four times in five days of the need to avoid what he called “artificial bubbles,” even in an economy that’s growing at just a 1.7 percent rate and where employment and factory usage remain below pre-recession highs.

“We have to turn the page on the bubble-and-bust mentality that created this mess,” he said in his Aug. 10 weekly radio address.

In the long run, this goal — of avoiding inflating economic bubbles that change the structure of production both as they inflate and deflate — is laudable. The best manner in which to achieve it is through the teaching and discussion of history. A key qualitative factor in most bubbles seems to be the forgetting of history, the sense that this time is different, the sense that we may have reached a new stable plateau upon which asset prices can only rise. With the rise and popularisation of notions like the Great Moderation or the end of speculation, investors put down their guard and increasingly engage in riskier behaviours, like flipping condominiums, or buying stocks with leverage. The bubble is a mentality — risks will remain at bay, sentiment will remain high, externalities won’t disrupt activity. This is fine if the risks that investors have begun to ignore never materialise, so not every asset that soars in price is a bubble. Many asset classes including treasuries and junk bonds today are at record high prices, but the Fed is determined to do whatever it takes, and so sentiment has held in spite of naysayers like Marc Faber and Peter Schiff talking of the inevitability of a crash since the recovery began in 2009. The risks have so far remained at bay. But very often the risks that are assumed to have gone away reappear, and all it takes for the market to go into freefall is for sentiment to turn and investors to start selling. Asset valuation is not a question of fundamentals. It is a question of abstractions away from fundamentals. As John Maynard Keynes noted:

What this means, as Minsky noted, is that avoiding the possibility of economic bubbles is really, really difficult (if not impossible by definition). Each stabiliser leaned upon to stabilise markets becomes another assumption lulling investors into assuming that this time is different and thus into riskier behaviours. Keynes and Minsky both recommended fiscal policy as the stabilisation lever, but fiscalism has become unfashionable and politically challenging.

Even though our businesses are creating new jobs and have broken record profits, nearly all the income gains of the past 10 years have continued to flow to the top 1 percent. The average CEO has gotten a raise of nearly 40 percent since 2009. The average American earns less than he or she did in 1999. … This growing inequality not just of result, inequality of opportunity – this growing inequality is not just morally wrong, it’s bad economics.

Because when middle-class families have less to spend, guess what, businesses have fewer consumers. When wealth concentrates at the very top, it can inflate unstable bubbles that threaten the economy. When the rungs on the ladder of opportunity grow farther and farther apart, it undermines the very essence of America – that idea that if you work hard you can make it here.

It’s not sustainable to have an economy where the incomes of the top 1 percent has skyrocketed while the typical working household has seen their incomes decline by nearly $2,000. That’s just not a sustainable model for long-term prosperity.

This is all true. But it’s also all rhetoric. In his nearly five years in office, Obama has totally failed to get income inequality under control. According to Pew Research, since Obama came to office:

Research from the Bank of England shows that the main transmission mechanism used by central banks — specifically, reinflating asset prices — disproportionately favours the richest in society; those who already have assets whose prices can be lifted. The policies that Obama and Bernanke have pursued for the past 5 years have been tilted toward assisting the wealthy. The recovery has been a recovery from and for the top, while the poor have continued to experience greater social fragmentation, weakened social programs, and long-term unemployment. This has all been cemented by Obama’s own policies.

So while avoiding asset bubbles and reducing income inequality are laudable goals it is highly questionable that Obama — who has embraced an austerity agenda — will come close to achieving either.

UPDATE: Miles Kimball on Twitter points me toward Anat Admati’s suggestion of implementing bank capital requirements to make bubbles less damaging. This is a very fair suggestion, because it is a stabiliser that does not lean on the idea of eliminating bubbles, but the idea of limiting their impact. Obviously, rules can be gamed, but if implemented properly it could systematically limit the size of bubbles, by cutting off the fuel of leverage.