Is it all about the age of the population?

One in four people in Japan will be older than 65 in 2014, compared with 9.6 percent in China and 14.2 percent in the U.S., according to data compiled by the U.S. Census Bureau.

Now, because they have had longer to accrue weal the older people tend to have more savings, or have retired and live in a fixed income, and therefore benefit from deflation But correlation is not causation. Certainly, Japan’s older population loves deflation. But the issue is the love of deflation, not the age of the population, per se. More than 80 percent of respondents in a Bank of Japan (8301) survey released this month who noticed rising prices last year said it was bad. Deflation-loving Japanese voters are the main stumbling block to Abe and Kuroda’s desire to reflate the Japanese economy back to inflation (to incentivise borrowing) and growth.

One of the peculiarities of state-backed fiat money is that it is a medium of exchange that the people of a state are expected to share. Clearly, individuals existing in a state will by definition have different motivations, different time preferences, and different conceptions of what constitutes good money. Different individuals have different preferences for inflation and deflation — while deflation helps savers, younger generations without savings are hit by stagnant wages and diminished incentives for borrowing. Inflation incentivises borrowing, and deflation incentivises saving, but these things are both to a great degree two sides of the same coin — deposited savings are lent out by banks. So when a population comes to love deflation and savings soar — and about 56 percent of household assets were in cash or bank deposits in 2012, according to a Bank of Japan report — the glut of savings depresses interests rates. With the value of savings rising, savers have little incentive to spend. This, ceteris paribus, constrains spending.

Abe and Kuroda are fighting to break Japan out of the liquidity trap. They have specific growth and inflation targets — 1% inflation, and 3% income growth — and have a clear plan to hit those targets. But fighting against the widely-desired status quo — that is, deflation — in a democratic state is difficult. If Japanese people love deflation, they will vote for it at the polls. If Abe and Kuroda are to succeed in reigniting inflation, they need to convince Japanese savers to change their minds about inflation, and challenge the idea that saving in Yen is a desirable thing. After all, saving is not confined solely to the state-backed fiat currency. In a more inflationary environment, savers often choose to save through ownership of assets whose prices are increasing — land, real estate, commodities and currencies other than the state-backed fiat currency. In principle, there is no reason why Japan’s ageing population may not prove capable of moving its desire for savings into different media, and letting the Yen inflate. In practice, deflation and saving in Yen is cemented as a norm. That may prove extremely difficult to overcome.

Japan’s population has gotten so old that diaper manufacturers are selling more adult diapers for incontinent seniors than they are baby diapers. According to Bloomberg:

Unicharm Corp’s sales of adult diapers in Japan exceeded those for babies for the first time last year. 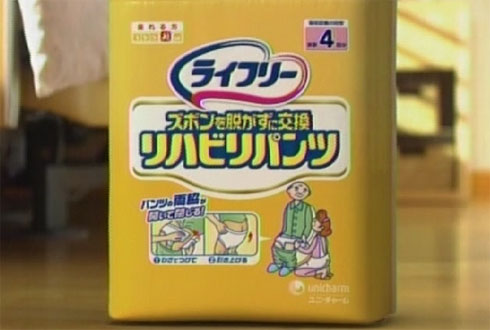 This is because Japan’s population is getting older and older:

Governments of countries with ageing populations have a few choices. First, they could relax immigration laws so that working-age immigrants can enter the country, work and pay taxes to support the domestic elderly population (Japan has some of the tightest immigration laws in the world). Second, they could change the tax code or legal framework to incentivise a higher birthrate (for instance, tax breaks per child). Third, they could raise the retirement age (or at least provide incentives to keep an ageing population in work).

Another option is to hope for a miracle. But that doesn’t have a history of working out very well.