In the hottest part of an August Tennessee day last Thursday, Gibson Guitar CEO Henry Juszkiewicz stood out in the full sun for 30 minutes and vented to the press about the events of the day before.

“We had a raid,” he said, “with federal marshals that were armed, that came in, evacuated our factory, shut down production, sent our employees home and confiscated wood.”

The raids at two Nashville facilities and one in Memphis recalled a similar raid in Nashville in November 2009, when agents seized a shipment of ebony from Madagascar. They were enforcing the Lacey Act, a century-old endangered species law that was amended in 2008 to include plants as well as animals. But Juszkiewicz says the government won’t tell him exactly how — or if — his company has violated that law. 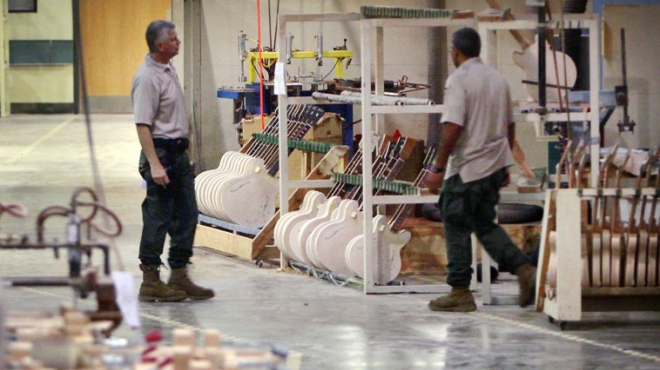