Lanny Breuer, the Assistant Attorney General who claimed that prosecuting banks for crimes poses a risk to the financial sector and so corrupt bankers are “too big to jail” has lost his job:

MARTIN SMITH: You gave a speech before the New York Bar Association. And in that speech, you made a reference to losing sleep at night, worrying about what a lawsuit might result in at a large financial institution.

MARTIN SMITH: Is that really the job of a prosecutor, to worry about anything other than simply pursuing justice?

LANNY BREUER: Well, I think I am pursuing justice. And I think the entire responsibility of the department is to pursue justice. But in any given case, I think I and prosecutors around the country, being responsible, should speak to regulators, should speak to experts, because if I bring a case against institution A, and as a result of bringing that case, there’s some huge economic effect — if it creates a ripple effect so that suddenly, counterparties and other financial institutions or other companies that had nothing to do with this are affected badly — it’s a factor we need to know and understand.

But the man who put him there, and who is ultimately responsible for the policy — the Attorney General himself — is here to stay. 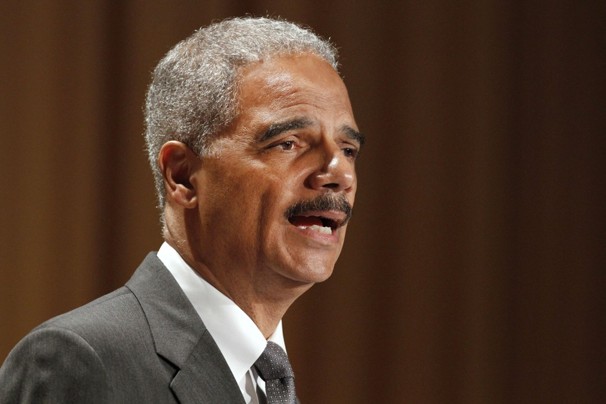 The Justice Department likes to quote Thomas Jefferson: “The most sacred of the duties of government [is] to do equal and impartial justice to all its citizens,” a line that appears in its latest budget documents.

This sentiment is hardly consistent with saying that some companies have characteristics that put them above the law. Jefferson himself was very worried about the concentrated power of financiers — he would have seen today’s problems much more clearly than do Holder and Breuer.

Fundamentally, Obama’s continued support for Holder illustrates that Obama is still committed to the policy of holding financiers to a lesser standard of justice than other citizens.

The continued failure to implement even the Volcker rule — let alone a Glass-Steagall-style separation between retail and investment banking — illustrates that Obama is committed to letting bailed-out banks continue to operate in the risky manner that led to the crisis. So does the total failure to ensure a level playing field for retail investors in a market now totally dominated by algorithms.

The big banks continue to ride roughshod over the American people with the complicity of the political class. Too Big to Jail is an affront to the Constitution, an affront to the Bill of Rights, an affront to those like Rosa Parks, Martin Luther King, Lysander Spooner, Frederick Douglas and all those who at various times crusaded to make equality before the law a reality in America.

The only sensible way forward is that lawbreakers on Wall Street must be prosecuted in the same way as other lawbreakers. That means that Eric Holder and all others associated with Too Big To Jail must lose their jobs.

But I doubt that will happen any time soon.