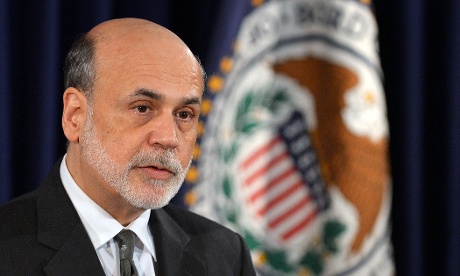 Now, I think that rational expectations is one of the worst ideas in economic theory. It’s based on a germ of a good idea — that self-fulfilling prophesies are possible. Almost certainly, they are. But expressed probabilities are really just guesses, just expressions of a perception. Or, as it is put in Bayesian probability theory: “probability is an abstract concept, a quantity that we assign theoretically, for the purpose of representing a state of knowledge, or that we calculate from previously assigned probabilities.”

Sometimes widely-held or universally-held beliefs turn out to be entirely irrational and at-odds with reality (this is especially true in the investment industry, and particularly the stock market where going against the prevailing trend is very often the best strategy). Whether a belief will lead to a reality is something that can only be analysed on a case-by-case basis. Humans are at best semi-rational creatures, and expectations effects are nonlinear, and poorly understood from an empirical standpoint.

From a rational expectations perspective, that’s a pretty ugly number. From a general economic perspective it’s a pretty ugly number too — not because it is expressing a truth  (it might be — although I’d personally say a 75% estimate is rather on the low side), but because it reflects that society doesn’t have much confidence in the recovery, in the markets, or in the banks.

Why? My guess is that the still-high unemployment and underemployment numbers are a key factor here, reinforcing the idea that the economy is still very much in the doldrums. The stock market is soaring, but only a minority of people own stocks directly and unemployed and underemployed people generally can’t afford to invest in the stock market or financial markets. So a recovery based around reinflating the S&P500, Russell 3000 and DJIA indices doesn’t cut it when it comes to instilling confidence in the wider population.

Another factor is the continued and ongoing stories of scandal in the financial world — whether it’s LIBOR rigging, the London Whale, or the raiding of segregated accounts at MF Global. A corrupt and rapacious financial system run by the same people who screwed up in 2008 probably isn’t going to instill much confidence in the wider population, either.

So in the context of high unemployment, and rampant financial corruption, the possibility of a future financial crisis seems like a pretty rational expectation to me.