Large, centrally-directed systems are inherently fragile. Think of the human body; a spontaneous, unexpected blow to the head can kill an otherwise healthy creature; all the healthy cells and tissue in the legs, arms, torso and so forth killed through dependency on the brain’s functionality. Interdependent systems are only ever as strong as their weakest critical link, and very often a critical link can fail through nothing more than bad luck.

Yet the human body does not exist in isolation. Humans as a species are a decentralised network. Each individual may be in himself or herself a fragile, interdependent system, but the wider network of humanity is a robust independent system. One group of humans may die in an avalanche or drown at sea, but their death does not affect the survival of the wider population. The human genome has survived plagues, volcanoes, hurricanes, asteroid impacts and so on through its decentralisation.

In economics, such principles are also applicable. Modern, high-technology civilisation is very centralised and homogenised. Prices and availability are affected by events half way around the world; a war in the middle east, the closure of the Suez Canal or Strait of Hormuz, an earthquake in China, flooding in Thailand, or a tidal wave in Indonesia all have ramifications to global markets, simply because of the interconnectedness of globalisation. The computer I am typing this into is a complex mixture — the cumulative culmination of millions of hours of work, as well as resources and manufacturing processes across the globe. It incorporates tellurium, indium, cobalt, gallium, and manganese mined in Africa. Neodymium mined in China. Plastics forged out of Saudi Crude. Bauxite mined in Brazil. Memory manufactured in Korea, semiconductors forged in Germany, glass made in the United States. And gallons and gallons of oil to ship all the resources and components around the world, ’til they are finally assembled in China, and shipped once again around the world to the consumer. And that manufacturing process stands upon the shoulders of centuries of scientific research, and years of product development, testing, and marketing. It is a huge mesh of interdependent processes. And the disruption of any one of these processes can mean disruption for the system as a whole. The fragility of interconnection is the great hidden danger underlying our modern economic and technological paradigms.

And even if the risks of global trade disruptions do not materialise in the near-term, as the finite supply of oil dwindles in coming years, the costs of constantly shipping so much around and around the world may prove unsustainable.

It is my view that the reality of costlier oil is set over the coming years to spur a new industrial revolution — a very welcome side-effect of which will be increased social and industrial decentralisation. Looming on the horizon are technologies which can decentralise the means of production and the means of energy generation.

3D printers — machines that can assemble molecules into larger pre-designed objects are pioneering a whole new way of making things. This could well rewrite the rules of manufacturing in much the same way as the rise of personal computing discombobulated the traditional world of computing. 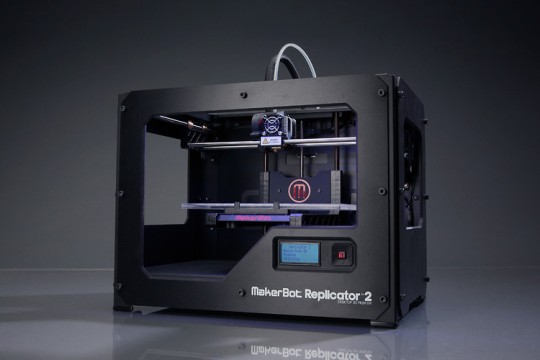 3D printers have existed in large-scale industry for years. But at a cost of $100,000 to $1m, few individuals could ever afford one. Fortunately, improved technology and lowered costs are making such machines more viable for home use. Industrial 3D printers now cost from just $15,000, and home versions for little more than $1,000. Obviously, there are still significant hurdles. 3D printing is still a relatively crude technology, so far incapable of producing complex finished goods. And molecular assembly still requires resources to run on — at least until the technology of molecular disassembly becomes viable, allowing for 3D printers to run on, for example, waste. But the potential for more and more individuals to gain the capacity to manufacture at home — thereby reducing dependency on oil and the global trade grid — is a huge incentive to further development. The next Apple or Microsoft could well be the company that develops and brings home-based 3D printing to the wider marketplace by making it simple and accessible and cheap.

Decentralised manufacturing goes hand-in-hand with decentralised energy generation, because manufacturing requires energy input. Microgrids are localised groupings of energy generation that can vary from city-size to individual-size. The latter is gradually becoming more and more economically viable as the costs of solar panels, wind turbines (etc) for energy generation, and lithium and graphene batteries (etc) for home energy storage fall, and efficiencies rise. Although generally connected to a larger national electricity grid, the connection can be disconnected, and a microgrid can function autonomously if the national grid were to fail (for example) as a result of natural disaster or war.

Having access to a robust and independent energy supply and home-manufacturing facilities would be very empowering for individuals and local communities and allow a higher degree of independence from governments and corporations. Home-based microgrids can allow the autonomous and decentralised powering and recharging of not just home appliances like cooking equipment, computers, 3D printers, lights, and food growing equipment, but also electric vehicles and mobile communications equipment. Home-based 3D printing can allow for autonomous and decentralised design and manufacturing of useful tools and equipment.

The choice that we face as individuals and organisations is whether or not we choose to continue to live with the costs and risks of the modern globalised mode of production, or whether we decide to invest in insulating ourselves from some of the dangers. The more individuals and organisations that invest in these technologies that allow us to create robust decentralised energy generation and production systems, the more costs should fall.