Let’s just remind ourselves what we’re dealing with here.

America are living beyond their means and shifting a part of the weight of their problems to the world economy. They are living like parasites off the global economy and their monopoly of the dollar. If [in America] there is a systemic malfunction, this will affect everyone. Countries like Russia and China hold a significant part of their reserves in American securities. There should be other reserve currencies.

It should be no surprise to anybody, then, that the last Russian government — as well as their autocratic ASEAN friends in China, Pakistan, Iran and so on — began taking proactive measures to extricate itself from the dollar system.

I expect the new government to accelerate such measures.

Western journalists might denounce it as stump rhetoric. But I don’t think Vladimir Putin is beating a drum or rattling a sabre. I think he is deadly serious: what’s more, I think he is in a position of strength, not weakness. 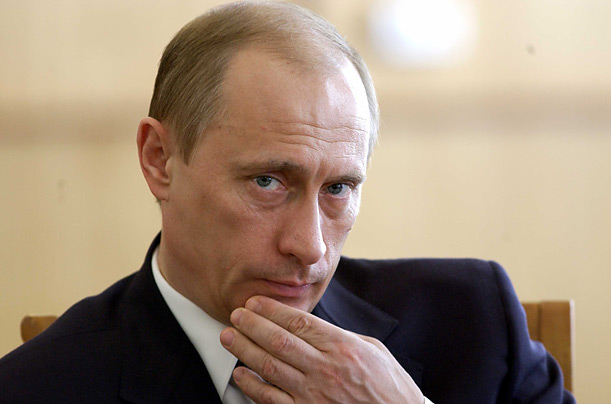 Russian Prime Minister Vladimir Putin is stepping up rhetoric against the U.S. as his campaign for the March 4 presidential election intensifies after the biggest protests against his rule.

The U.S. “wants to control everything” and takes decisions unilaterally on key questions, Putin said on a campaign stop yesterday in the Siberian city of Tomsk, 3,100 kilometers (1,900 miles) east of Moscow. “Sometimes I get the impression the U.S. doesn’t need allies, it needs vassals.”

Putin, 59, is seeking a new term in the Kremlin amid the biggest challenge to his 12-year rule after fraud allegations at parliamentary polls sparked mass protests. The Russian leader, who has repeatedly accused the U.S. of interfering in other countries’ affairs, said last week that reports by a state-owned Moscow radio station supported American interests.

“The No. 1 reason Putin is doing this is elections,” Jan Techau, director of the European Center of the Carnegie Endowment for International Peace in Brussels, said yesterday in a phone interview. ‘‘It’s pre-election saber-rattling. This is vintage Putin.’’

Alas, it is all about context. This isn’t 1992; the end of history is finished. America is not an invincible hegemon, but instead has been taxed and weakened by two big wars and a myriad of small ones, a huge financial blowup, and the fallout of losing a huge hunk of its manufacturing sector to Asia. America’s monopoly over the global oil trade — and its ability to acquire oil and components with newly-printed dollars — is threatened by the current shape of Eurasia, where a coterie of authoritarian leaders, united by their shared anti-Americanism is moving to displace the dollar as the global reserve currency.

Vladimir Putin was very explicit about this.

Russian Prime Minister Vladimir Putin accused the US of hooliganism on Monday [July 2011] over the US government’s efforts to ease its financial problems by injecting hundreds of billions of dollars into the economy.

“Thank God, or unfortunately, we do not print a reserve currency but what are they doing? They are behaving like hooligans, switching on the printing press and tossing them around the whole world, forgetting their main obligations,” Putin told a meeting of economic experts at the Russian Academy of Sciences.

The Russian authorities have said they would like to see a basket of currencies including the ruble replacing the dollar as the main reserve currency, although most analysts have said a more realistic target for Russia would be if the ruble became a regional reserve currency for the CIS.

Regular readers will know that this is not just rhetoric. These Eurasian leaders are taking direct action to displace the dollar.

Yuan bonds have spread across the planet, China has dropped the dollar in bilateral trade with Russia, the ASEAN trading bloc has formed into a tight shell of export partners, and that is just the beginning. Two major announcements in 2011 have solidified my belief that a complete dump of the dollar by eastern interests is near…

First was the announcement that China was actively and openly pursuing the establishment of a central bank for the whole of ASEAN, with the Yuan utilized as the reserve currency instead of the dollar:

This news, of course, has barely been reported on in the mainstream. As I discussed at the beginning of this article, the terminology surrounding economic developments has been diluted and twisted. When China states that an ASEAN central bank is in the works, we need to point out what this really means; the ASEAN trading bloc is about to become the Asian Union. The only missing piece of the puzzle is something that I have been warning about for at least a couple years, ever since my days at Neithercorp (see “Migration Of The Black Swans” as a recent example). This key catalyst is the inclusion of Japan in ASEAN, something which many said would take five to ten years to unfold. News released this Christmas speaks otherwise:

Japan has indeed entered into an agreement to drop the dollar in currency exchange with China and has expressed interest in melting into ASEAN. Japan has also struck somewhat similar though slightly more limited deals with India, South Korea, Indonesia, and the Philippines almost simultaneously:

This means that the two largest foreign holders of U.S. debt and Greenbacks will soon be in a position to tap into an export market far more profitable than that of America, and that all of this trade will be facilitated by currencies OTHER THAN THE DOLLAR. It means the end of the dollar as the world reserve and probably the end of the dollar as we know it.

America might well be expected to throw a wrench into the changing chape of the global system. A (messy, prolonged and expensive) war with Iran — to disrupt Eurasian co-operation and re-assert American hegemony — might suffice in the minds of hawks, but will in reality do more harm than good, perhaps driving Russia and China into explicitly and directly defending their ideological ally. Even if this was not the case, American military power runs thin on manpower, and is  funded not by American productivity, but by debt acquisition. More debt will just strain the status of the dollar as reserve currency even more.

We are watching the destruction of an empire. All empires must go away sometime. They are natural things. And nature puts a time bomb in everything she creates.

The U.S. empire is doomed. Just like all the others that went before it. It is doomed by nature herself — condemned by the gods to blow up and die.

None of this should be surprising. We’ve seen this movie before. Hundreds of empires have come and gone. We know how this movie ends. More or less.

What we know for sure is that the U.S. is going broke. There is hardly any other plausible outcome. We’ve gone over the numbers so often we don’t need to repeat them.

Yes, it is true that the feds could still save themselves if they had the will. They could cut taxes to a flat 10% and spend only what they raised in tax revenue. That would do the trick from an economic point of view.

But it’s too late for that politically. Empires have lives of their own. They go forward…expanding…spending…stretching…until, boom, they go too far. Empires do not back up. Some merely go bankrupt. Others are defeated in war. All end disastrously.

Only one presidential candidate favors rescuing the nation’s finances and pulling the empire back from disaster. Ron Paul. He is considered such an unelectable kook that the newspapers barely mention him. And the papers are right. He is unelectable. Because he is opposed by the zombies.

Perhaps my last post got a little fatalistic, just as Bonner does here.

Certainly, the last thing I want is for America to fail, for any reason. As I explained, I believe America’s constitution to be perhaps the most liberty-defending in history.

But if imperial overstretch is the general problem,  things could get a lot hairier.

From the New York Times:

Atomic inspectors in Vienna confirmed Monday that Iran has begun enriching uranium at a new plant carved out of a mountain, an act of defiance that comes amid rising tensions between Washington and Tehran over oil revenues and global sanctions.

More than five years ago, the United Nations Security Council began calling on Iran to stop purifying uranium, which can fuel nuclear reactors or atom bombs. Instead, Tehran accelerated its efforts, saying its nuclear program is entirely peaceful in nature.

Can America afford another war?

Yes — say the military-Keynesians. Just what we need — stimulus! That will do wonders for aggregate demand!

But I say no. Rates are artificially low due to quantitative easing, which has constricted the supply of Treasuries, and due to the Fed’s zero-interest rate policy that punishes saving and investment, and encourages leverage and credit creation. Rates could very easily rise for a number of reasons, which would mean the debt would become much more expensive to service. Even arch-Keynesian Paul Krugman foresaw the potential for such a scenario.

More importantly, the last thing America needs is to lose even more productivity, even more resources and even more manpower to another pointless debt-accruing war, particularly one which will drive the Eurasian powers into deeper anti-Americanism.

America needs her money, her people and her resources to develop her domestic economy and create energy independence. To create wealth, to innovate, to compete.

We will see who is right.

Just how dependent is America on Chinese labour, manufacturing and supply chains? Decide for yourself.

According to Engineering News Record, five of the world’s top 10 contractors, in terms of revenue, are now Chinese. One of them, China State Construction Engineering Group, has overtaken established American giants like Bechtel.

The Chinese contractor has already built seven schools in the US, apartment blocks in Washington DC and New York and is in the middle of building a 4,000-room casino in Atlantic City. In New York, it has won contracts to renovate the subway system, build a new metro platform near Yankee stadium, and refurbish the Alexander Hamilton Bridge over the Harlem river.

But why are we hiring contractors from China to build American infrastructure, when we have a perfectly good workforce here in the states? The answer is profit, and it’s the reason why Republican politicians and many corporations do not support infrastructure projects that would put millions of Americans to work. Because the Chinese contracting firms are government owned, they are able to bid for contracts at very low prices. In other words, the labor is cheap. American companies don’t want to hire Americans to do the work when they can call up Communist China to come do the work instead.

END_OF_DOCUMENT_TOKEN_TO_BE_REPLACED 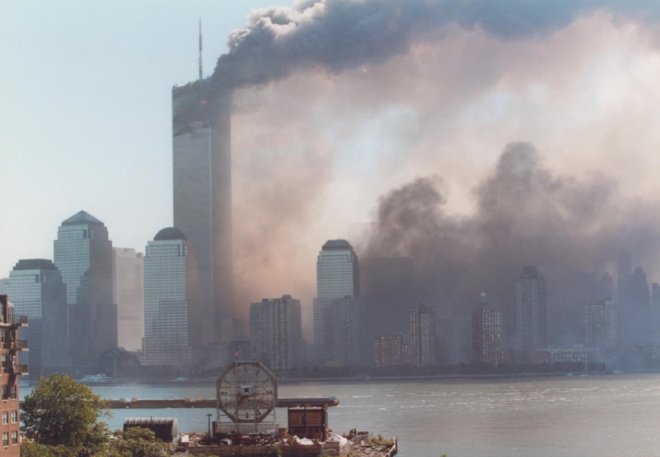 The attacks of 9/11 were a horrendous deed.

What makes me angrier than 9/11? Making the mistake of occupying Iraq and Afghanistan. It’s exactly what the Salafis and Wahhabis want — an easy way of selling their poisonous narrative of eternal and irreconcilable conflict between Islam and the West. And it costs billions upon trillions of dollars.

END_OF_DOCUMENT_TOKEN_TO_BE_REPLACED

Whatever we all have to say about Wikileaks and Julian Assange, any lingering question marks about their credibility should be blown out of the water by the fact that they just unleashed a supervolcano of data — the entire unredacted Cablegate archive. Certainly, it seemed like they had run out of steam — ostensibly holding back information as a bargaining chip on Assange’s embattled head. From the Independent: